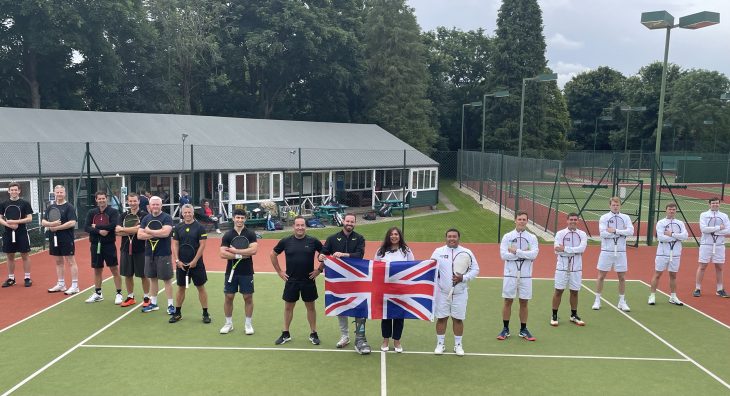 On Saturday 10th July, Rickmansworth Tennis Club, established in 1921, hosted the British
Army national tennis team as part of the Club’s Centenary celebrations. The British Army
utilised the match as a warm-up event for their national inter-services tournament against
the Royal Marines and Royal Air Force which takes place in 2-weeks at Wimbledon.

Team captain, Mark O’Brien stated, that it was an absolute pleasure to welcome the British
Army boys to Rickmansworth and that his team performed beyond expectations. Liz Mills,
Chairman, stated, that in the Club’s 100-year history, there were many past Chairmen and
Presidents who had served in the Armed Forces, and it is thus a fitting tribute in our
Centenary year to have the British Army come to our Club. British Army captain, Ben Rogers
advised that he was delighted that Rickmansworth could arrange the match during these
challenging times and that the standard of opposition was great preparation for their interservices tournament.  Ben hopes that this will become an annual event that will also include the British Army Ladies first team.

The match was made possible by the dedication and commitment of the Rickmansworth
Club Committee, match officials, umpires and helpers who all contributed to a memorable
day in not just the Club’s history but also for the history of Hertfordshire tennis.

With thanks to Mark O’Brien