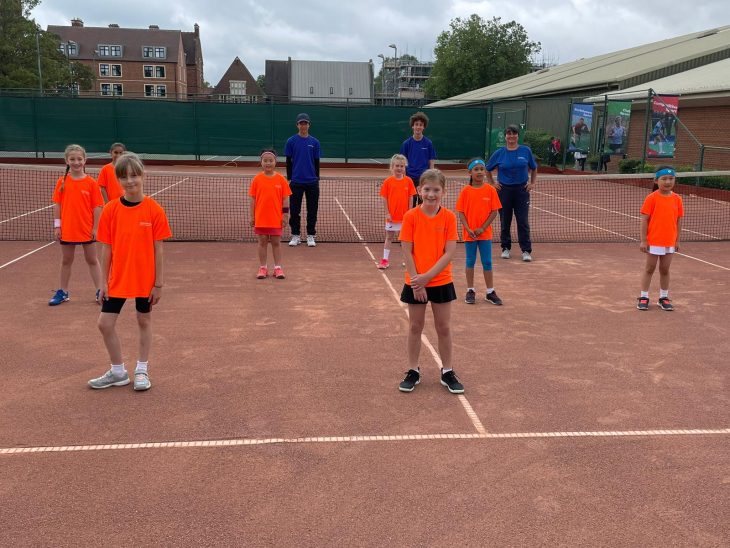 Our U8U teams and our U11 Girls were out in force this month.

The 8U boys and girls took part in this event in Cambridge at the beginning of the month.  This was the first opportunity for our young players to represent their county and they were great!  The girls came home with the Silver medal and the boys the Bronze.  Special congratulations too go to the Herts players who were part of the exclusive Anglian team that won their draw. Well done to all our players, we are very proud of you!

A big thank you to team captain Monica Becerra and Herts helpers Ben and Yoni for all their hard work. The Herts 11 & under girls were in action at the county cup national finals the weekend of the 9th – 11th July and what a weekend it was.  There were close matches, come backs, match tiebreaks and shoot outs with the team finishing 6th overall. The girls showed great determination, teamwork and resilience throughout and they can be very proud of themselves as we are of them.

A big well done and thank you to team members: Ava-Rose, Elena, Fern, Julia and Sophie and captain Sammie Williams