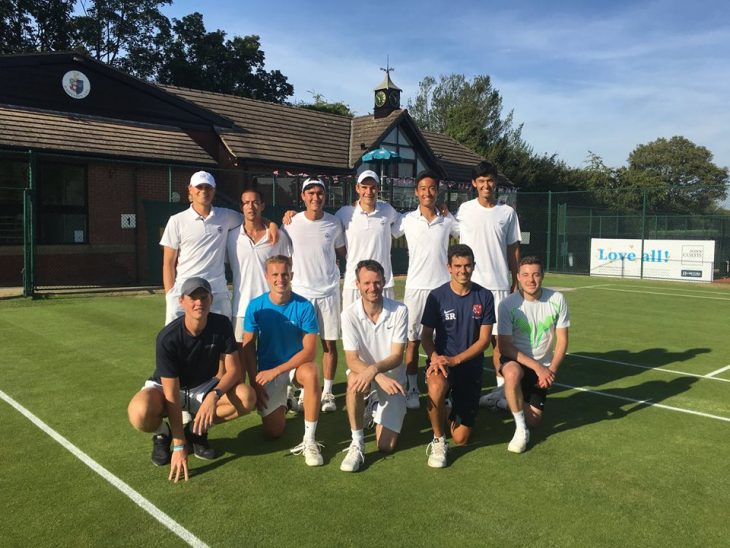 On the 4th of August, a team of Herts LTA men led by Mark George headed to the superb grass courts at Harpenden LTC to take on a Harvard-Yale Prentice Cup team.  The team are over in the UK for six weeks playing matches culminating in the Prentice Cup v the combined teams of Oxford & Cambridge. It was a beautiful day with great competitive tennis and a great standard of match which Harvard & Yale won 7-2.

A very special thank you to Harpenden LTC who hosted the afternoon on their amazing grass courts and put on a lovely afternoon tea afterwards.