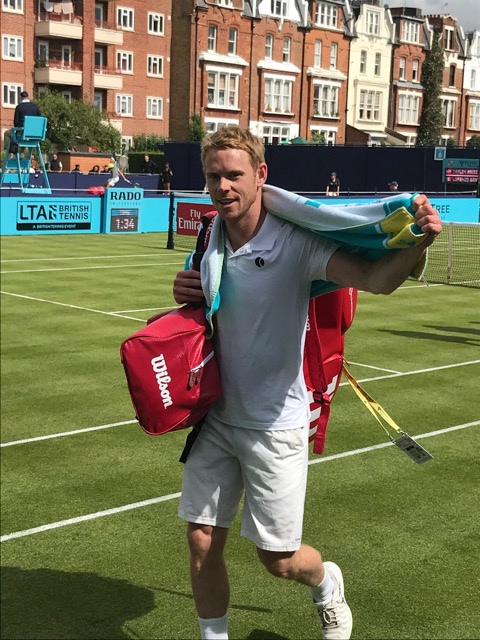 Ed Corrie has chosen to retire from the tour after 20 years of commitment to the sport he loves.  He is very excited about the next chapter of his life and is very grateful for the incredible experiences he has had and the many friends and colleagues he has made on the way. He has many people to thank for helping him on his journey from Harpenden LTC, Gosling, Hertfordshire, University of Texas and the LTA. Not to mention his family, friends and his coach for the last 6 years, his brother Tom.

There have been many highlights in his career. He represented his country in all junior age groups from 12U-18U before joining the tennis team at the University of Texas. There he was able to reach the NCAA ranking highs of 4 in singles and 2 in doubles and to be a part of the team that made the NCAA finals and were ranked number 2 in the nation.

In 2012 Ed began his professional career reaching a career high in the ATP singles rankings of 215 and 142 in the doubles rankings. He played doubles at The Wimbledon Championships on two occasions and singles in the main draw of Queens. He also won 7 Futures singles titles, over 20 Futures doubles titles and 2 Challenger doubles titles. On top of that he represented Hertfordshire in team events in all age groups; being a part of the men’s summer and winter County Cup successes were some of his most enjoyable tennis experiences.

He has enjoyed the continuous learning that our sport gives us and will always carry that as a personal endeavour with him into whatever comes next. Ed’s advice to young players in our sport is “to work hard and smart on your game. And seek the advice of experienced people. If you can continue to do those things throughout the ups and the downs, you never know what great things can happen.”