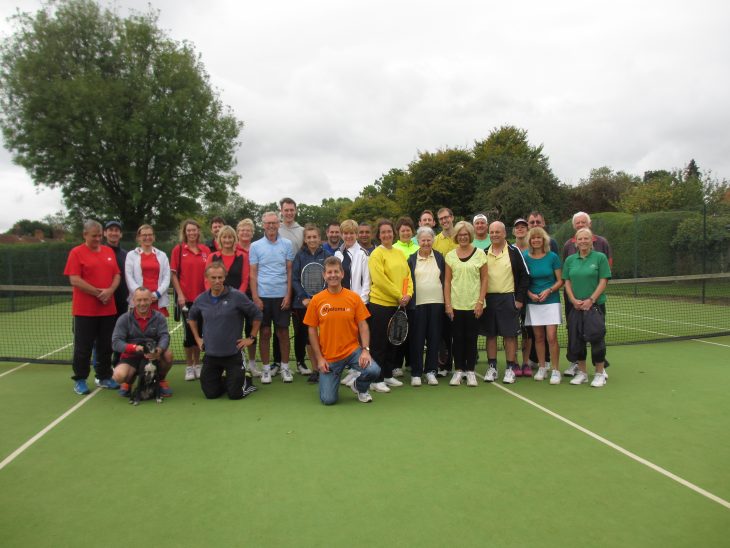 Orchard Tennis Club played host to another successful charity tournament on Sunday 1st of October.  A huge number of members turned out to play for the Stuart West Trophy named after one of the club’s most popular and active members.  The tournament is now in its sixth year of fundraising for good causes and this year’s beneficiary was Myeloma UK.  The charity was nominated by the family of club stalwart and past President Roger Freeman who sadly passed away earlier this year after a long battle with multiple Myeloma.

Four teams from the 29 players taking part competed for the West trophy over a full afternoon of friendly but competitive tennis which was hugely enjoyed by all.  Three of the teams were captained by a member of Stuart’s family including his wife Sue whose team emerged victorious.  Fittingly the winning team also included Roger Freeman’s daughter, Kate.

Dave Wesson, Club President, said, “It is wonderful to see so many of our players take part in this annual charity event, year after year, with all the matches being competed in good spirit for a worthy cause.”

A cake stall and raffle added to the occasion and total proceeds from the afternoon’s fundraising reached £590.