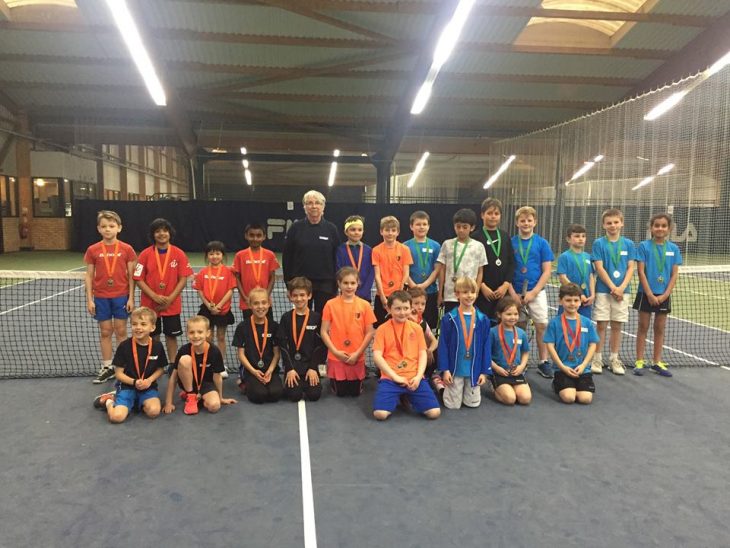 The Hertfordshire Mini Tennis Winter Team League Finals took place at Gosling Sports Park on Sunday 19th March. A record 496 children from 24 clubs have been involved in the league this year and it was wonderful to see so many talented children at Finals Day; well done Kids and Go Herts!

The final results of the day were as follows: