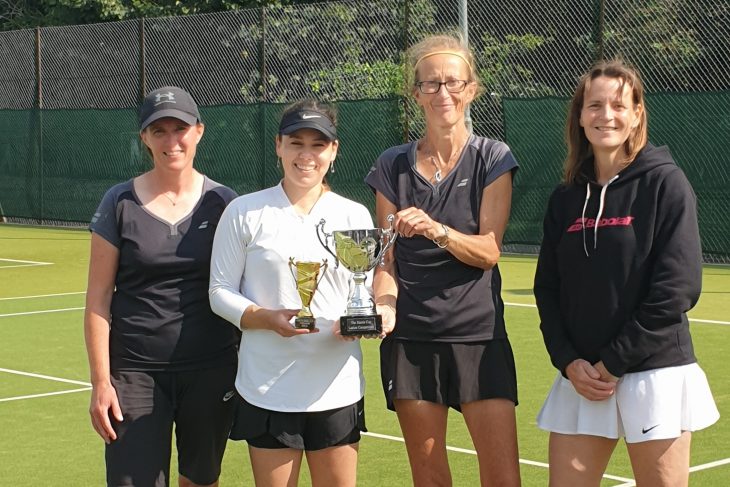 This summer finally saw the conclusion of the 20/21 Harris Cup Men’s and Ladies competitions, with finals held at West Herts in late August and early September. Named after two great servants to tennis in the County over many years, John and Val Harris, the Harris Cup is the county’s 2 Pair Knockout Cup event.

The 1st round was held way back in October 2020, but the competitions had been stop start ever since then owing to a certain virus.

Barnet, who had performed brilliantly to reach the finals in both the Men’s and Ladies events, came tantalisingly close to causing upsets in both finals but despite the backing of their quite magnificent band of travelling supporters, ultimately went home empty handed.

Instead the trophies went the way of the more fancied Welwyn Men and Hoddesdon Ladies.

Thanks must go to all four teams. Those who were lucky enough to attend the finals were treated to some superb tennis.

Hoddesdon’s win meant they retained the trophy they won in 2019, in what was the competition’s first year, while Welwyn became the second winner of the Men’s event, following Moor Park’s success in the inaugural competition.