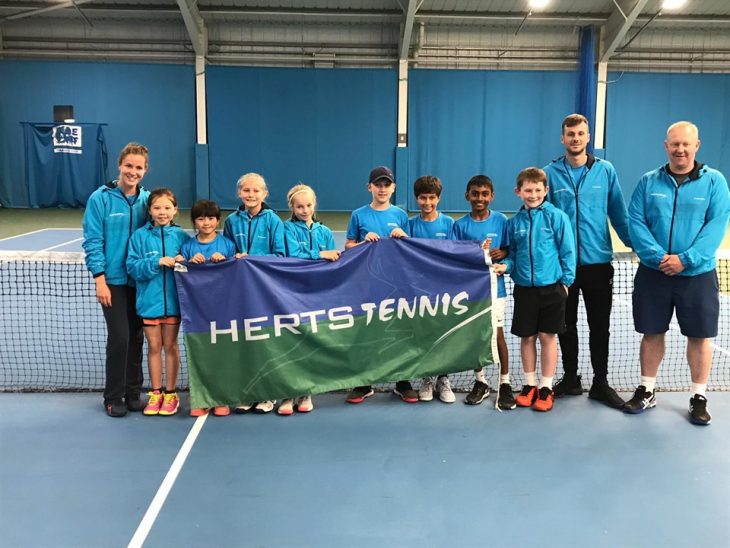 Both Hertfordshire 10U teams spent this weekend playing in the County Cup finals at the Sunderland Tennis Centre. It was a busy weekend with some really exciting matches.

The boys started their tournament playing against Middlesex and were level after the doubles; a tie-break shootout decider followed and ended with Middlesex winning 10 -5.  The boys played Yorkshire the following morning and faced another tie-break decider this time winning the match. In the afternoon they had a successful 8-0 win over Cheshire and the success continued on the final day with another 8-0 win in the play off against Cambridgeshire. The boys finished in a very good 3rd place overall.  Well done and thank you to our boys team: James, Kaaviyan, Pavana and Rhys and captains Chris Martin and David Lawlor.

Meanwhile, the girls began with a win over Derbyshire 8-0. The following morning they had another 8-0 win this time over Dorset. The afternoon gave them a tough match against Lancashire but they were pleased to come away with a win after a tense shootout.  The final day saw them meet a very strong Middlesex side and they narrowly lost the tie-break 2-6 but their efforts over the weekend gave them an excellent 2nd place finish overall. Well done to our girls team and thank you to players: Erika, Gabby, Michaela and Rose and captain Sammie Williams.