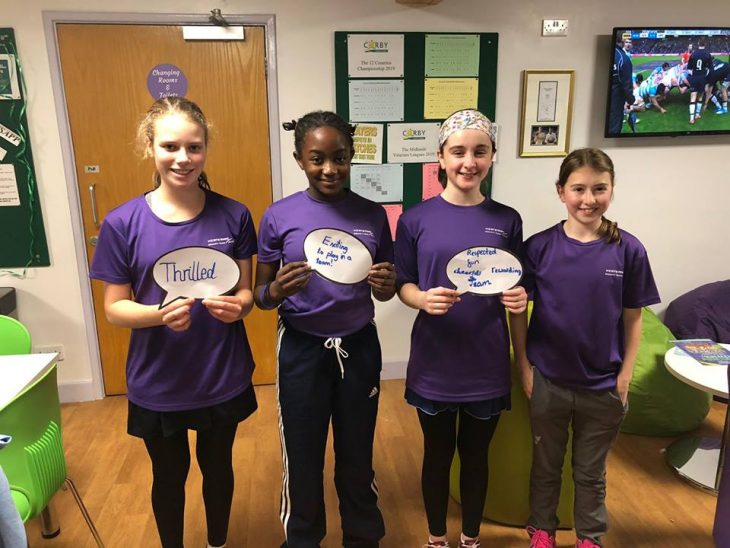 Our Herts teams have been busy this month with two 12 Counties tournaments and the adult Winter County Cup weekend.

Our 16U girls and boys played at the beginning of the month and both were victorious in their groups.  The girls beat counties Hereford & Worcester, Norfolk and Cheshire 3-1 finishing top of Division 2a. The boys beat Hereford & Worcester 3-1 followed by Norfolk and Cheshire 4-0 also finishing top of Division 2a.  Well done and thank you to the teams: Joshua, Oliver, Reece and Sam; Anya, Catherine, Lillie and Maia and captain Jamie Fallis.

The 12U teams were out playing last weekend and they too had a very successful day.  The girls had a clean sweep with 4-0 victories over Hereford & Worcester, Norfolk and Cheshire.  Meanwhile, the boys had 3-1 victories across the board over the same teams.  Again both boys and girls finished top of the division.  Go Herts!  Well done and thank you to Erin, Hephzibah, Jody and Marelie; Alex, Dylan, Enrico and Theo and captain Ian Zellner.

Our men’s and ladies’ teams had a busy weekend at the Winter County Cup taking place in Bath.  On Friday the ladies’ team met Kent unfortunately going down 3-6; however on Saturday they fared better against Northumberland with a 5-4 victory.  Sunday saw them just pipped to the post by a tough Essex team 4-5 giving them an overall 3rd place position.  Well done and thank you to Alex, Amanda Elliott, Annabel, Bella, Indi, Katherine Whiteaway, Mimi, Rachel and captain Alissa Ayling. The men’s team had a number of next gen players joining them for their first Winter County Cup.  Facing some tough opposition, the men battled hard and unfortunately lost against Yorkshire 1-8, Lancashire 1-8 and Essex 0-6 giving them an overall 4th position. Thank you to the men: Daniel, David, David Stevenson, Neil Roskilly, Oliver, Tom Corrie and captain Neil Bamford for their valiant efforts and we look forward to seeing more of the next gen players in future matches.